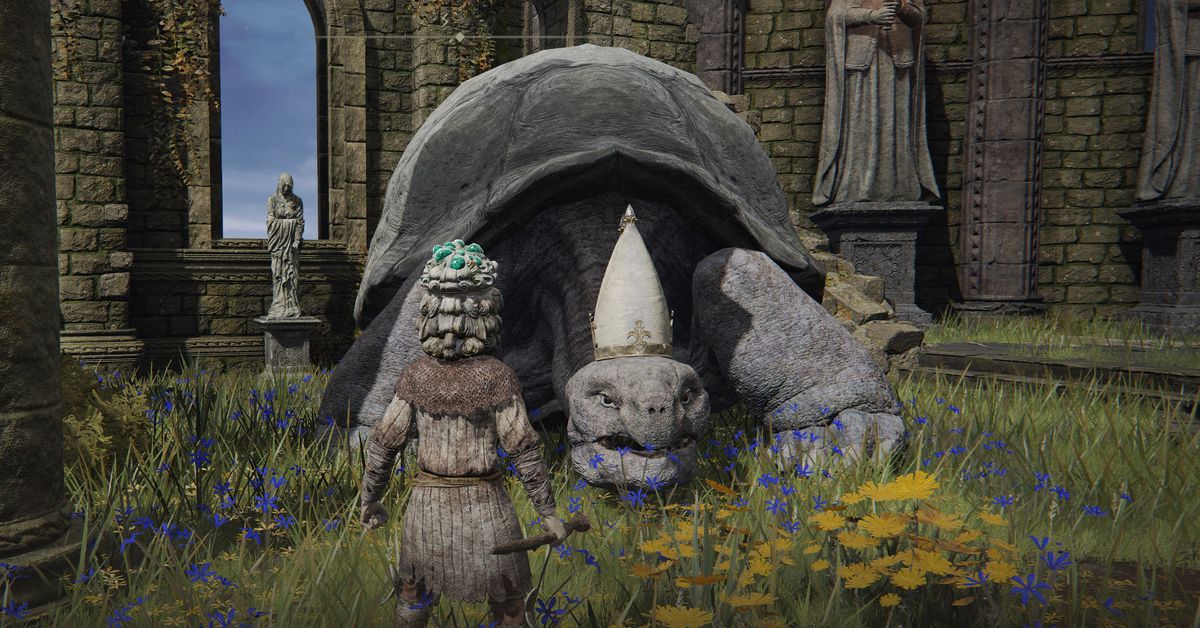 If you’re one of the 12 million people who bought Elden Ring in the past few weeks, you have likely met Miriel, a.k.a. the Pastor of Vows, a.k.a. Pope Turtle, a.k.a. an instant addition to the Video Game Character Hall of Fame. Presumably, you befriend this rare, kind soul in the Lands Between. But Elden Ring is a game by FromSoftware, so you may have also wondered a thought so insidious that it must never be spoken: What would happen if I slay the Turtle Pope?

Reader, learn from the mistakes of others. Do not kill the Turtle Pope.

This is why we have the internet, after all. So others may make mistakes and thoroughly document them for our morbid curiosity. YouTubers like Indyrael have captured footage of Miriel being sliced and diced into turtle soup. Be warned, this video isn’t what I’d call a fun time.

Somehow, even more than this video, the written account has calcified my heart and crumbled the organ to dust. On Reddit, user VG_Crimson published a horrific moment-to-moment retelling of turtle murder titled “I killed Pope Turtle, so you don’t have to.”

Miriel has a tremendous repository of health and doesn’t appear concerned about the initial blows. They attempt to retreat into their shell but that is not possible, presumably because of their extra-large pope hat. Despite Miriel’s strength and confidence and kindness, eventually, the health bar can and will reach zero. That’s when the true punishment comes.

Miriel doesn’t curse you, debuff your stats, or even do damage. Miriel weeps. “It’s a sad scream,” writes VG_Crimson, “much higher pitched than you’d expect from one of his size. You gain a couple of turtle neck meats and his bell bearing to buy whatever was available in his shop, but never again will he ask that you learn together.”

FromSoftware games like Dark Souls have a long history of offering surprise rewards or terrifying punishment for players who push against its boundaries. But with Miriel, the game’s creators seem to understand that the biggest twist of killing Pope Turtle is for the game to change in no way beyond the absence of his adorable smile.

The Lands Between have so few friends, protect the ones you have!