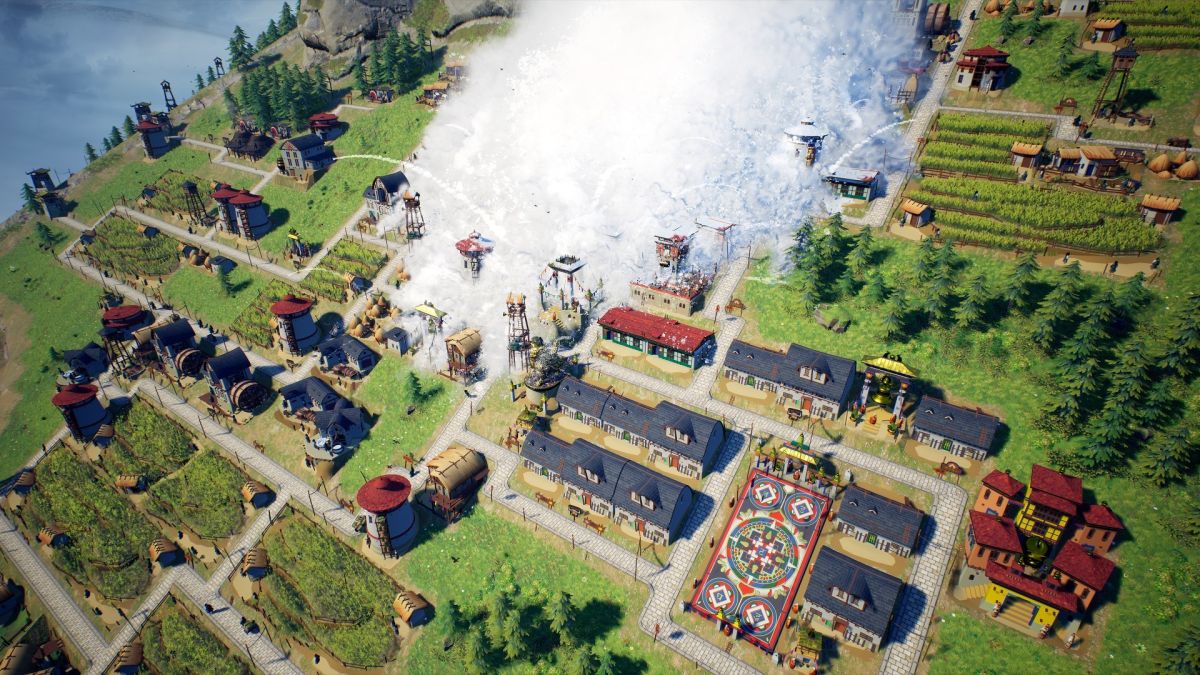 In some city building games you might have to divert highways around inconvenient hills or smooth out a few inclines so you can place buildings, but Laysara: Summit Kingdom is a whole new ballgame. The settlements you build and manage in Laysara are set high on a mountain among steep cliffs, treacherous terrain, extreme weather events, and all the logistical supply chain problems that come with constructing a nearly vertical city.

Plus, there are avalanches. Portions of your growing city may be buried in a sudden and catastrophic wave of snow and ice. Grab a shovel.

Building on steep mountain slopes and setting up supply lines to get resources from the bottom all the way to the top sounds like a challenge all on its own, but then imagine abruptly finding your hard work buried under a few dozen feet of snow.

But while avalanches may be inevitable, at least you can plan for them and take steps to mitigate the damage they cause.

Your mountain has different regions for building, with farmable areas in the green lowlands and mineral deposits close to treacherous glaciers higher up. Getting resources to where they’re needed most will be key, and you may need to set up vertical supply lifts to get them up sheer cliff walls and build roads and bridges across rivers and canyons. Failing that, you can always use yaks to transport goods. Not enough city builders include yak management, in my opinion.

There’s another intriguing feature in Laysara: While you build multiple cities on different mountains through the course of the game, these settlements don’t exist in isolation.

“During a campaign or sandbox playthrough, the player will establish multiple towns, each on a unique mountain with its own traits. All towns co-exist in symbiosis, creating a trading network, which can be then adjusted to players’ needs by revisiting already developed settlements,” the devs say.

If you manage to build a successful city, you can even conquer the peak of the mountain and establish a grand temple at the summit. Like everything else in Laysara, it looks pretty amazing. The Polish developer says the game takes place in a “fictional universe” but based the looks of the buildings on the architecture of Tibet, Nepal, and Bhutan.

This all sounds really cool, especially the footage that shows someone working on a portion of the settlement, zooming out, revolving the camera around the mountain, then zooming back in to work on another area. Above, you can check out the full trailer for Laysara: Summit Kingdom and here’s its page on Steam. It’s due out sometime this year.