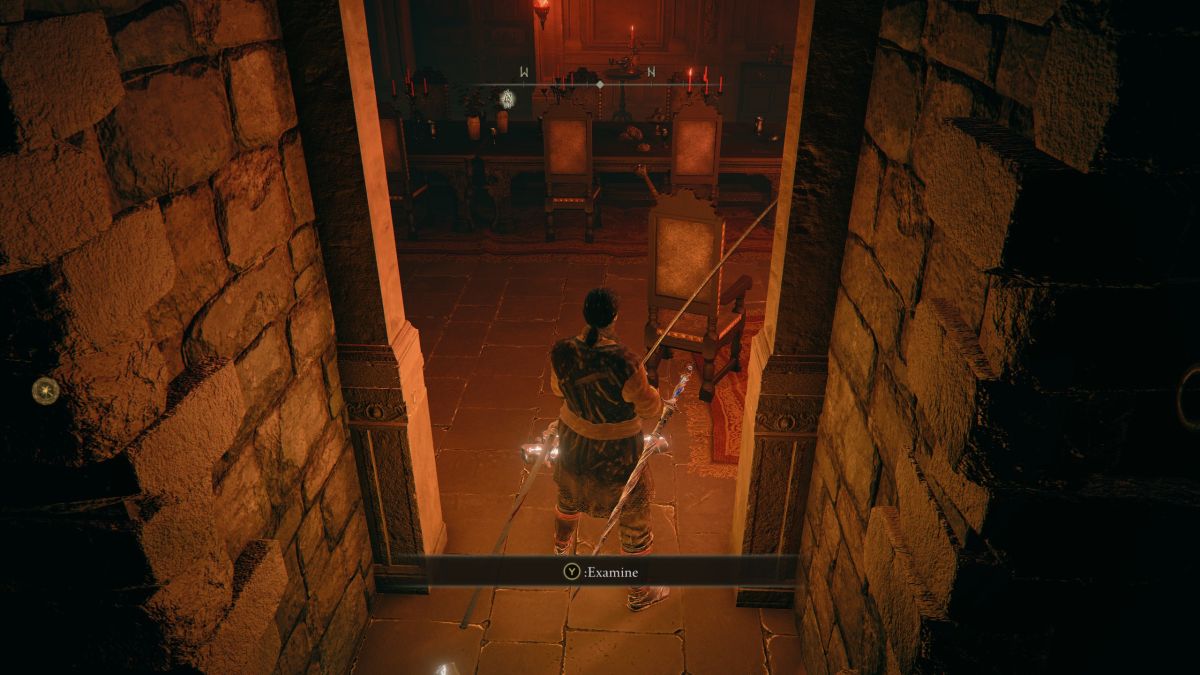 “Hidden path ahead,” “secret ahead,” “try attacking,” these are the sorts of cheeky Elden Ring messages that might just drive you up a wall (after you’ve taken a swing or two at it with your weapon, that is.)

However, not only are there honest-to-god illusory walls that need to be attacked to dispel sprinkled throughout Elden Ring, one industrious user on the Elden Ring subreddit, teristam, uncovered an illusory wall that takes dozens of hits to reveal.

It’s located in the mid-to-late game zone, Volcano Manor, in the secret passageways connected to the Manor’s side rooms (covered here in our Blasphemous Blade guide.) You already have to get past one standard illusory wall to discover this passageway in the first place. My mind boggles at what possessed teristam to keep at testing this one.

Now, before you commit to 50 swings minimum on every suspicious wall in Elden Ring, I’d caution that every aspect of this one indicates to me that it’s unintentional. Every other illusory wall in Elden Ring makes a distinctive sound when dispelled. This one just kind of clips away without any fanfare. Additionally, it reappears on resting at a Site of Grace unlike other illusory walls.

What’s more, it’s a mere 15 feet from yet another normal illusory wall leading to an otherwise-inaccessible room with an item in it. The 50-strike wall leads to an easily-accessed merchant and NPC hub you would have already been able to see on your way to the passage.

The logical explanation, to my mind, is that this was another potential route into the secret tunnels at some point in development, or else FromSoft had initially planned a different combination of locked and unlocked rooms. Instead of replacing the illusory wall with a standard one, an oversight led to the developers leaving it in this halfway state.

The presence of Bloodborne’s Upper Cathedral Ward untextured and unused in the original Dark Souls’ files indicates that FromSoft can play loose with their levels, radically repurposing and recontextualizing areas over the course of development (sometimes across multiple games.) Perhaps Volcano Manor’s layout once served a radically different purpose in Elden Ring or another game, and these were merely normal doorways to begin with? Whatever the case, it’s a fascinating find, but I wouldn’t freak out over other potentially mega hidden paths in Elden Ring.

Except for the one hiding the secret, seventh ending. That one takes 192 hits from the Dark Moon Greatsword in New Game +6 to reveal.