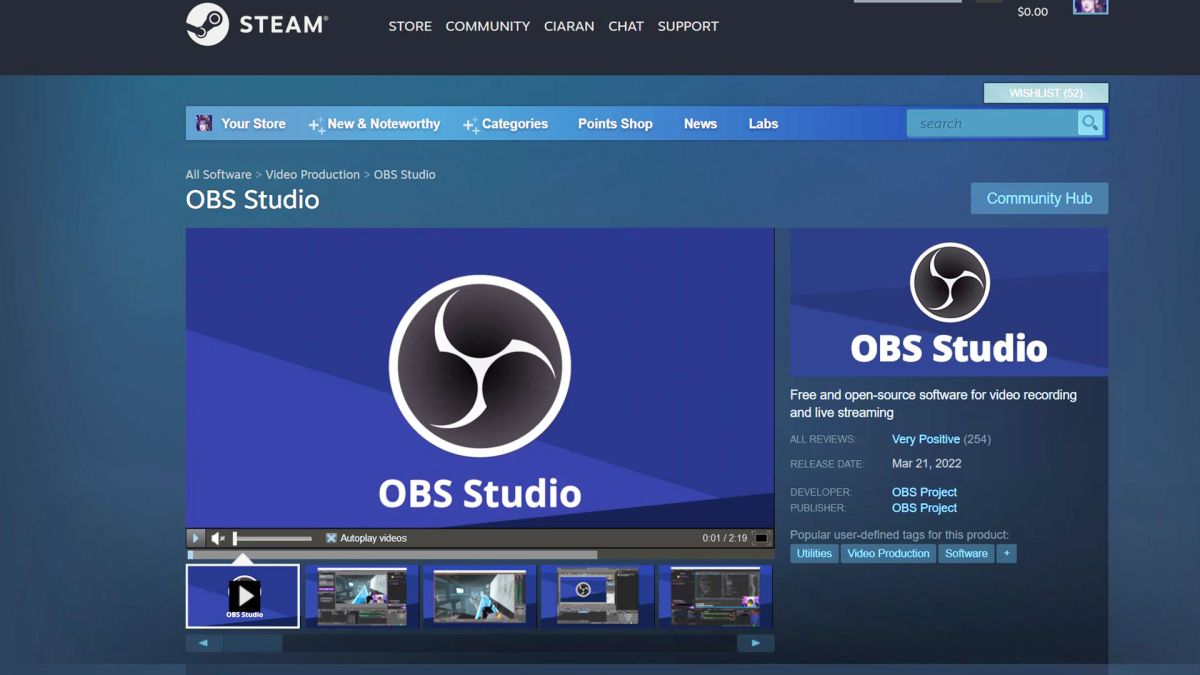 OBS is now available on Steam for free, of course. The streaming and video capture software that’s fueled the bulk of gaming content on Twitch and YouTube can slot right next to all your other games and applications on Valve’s platform. It functions exactly like the standalone version and will feature automatic updates versus manual ones.

For people who don’t want to fuss with being reminded about a new update, OBS on Steam is a convenient version, but the automatic nature of Steam updates might be risky for people who use it for their job. The last thing you want is to be minutes before going live and have OBS do something funky with your streaming setup. OBS is largely stable as far as open source programs go though, so it’s probably not a dealbreaker.

The Steam version of OBS seems to carry over all your settings if you already have the standalone version installed on your PC, but the developer said in an FAQ it won’t have cloud saves.

“We are working on building better ways of exporting/importing and backing up your OBS data regardless of platform,” the developer wrote.

Everything else works like it does with the normal version. You can install plugins the same way, and you can opt into the beta or nightly versions via the ‘betas’ option in the game’s right-click menu. Steam doesn’t have a limitation on how many games you can run, so you can start OBS up and then a game to capture it just as you would with the other version of the software. Sadly, because it’s free, there aren’t any trading cards available.