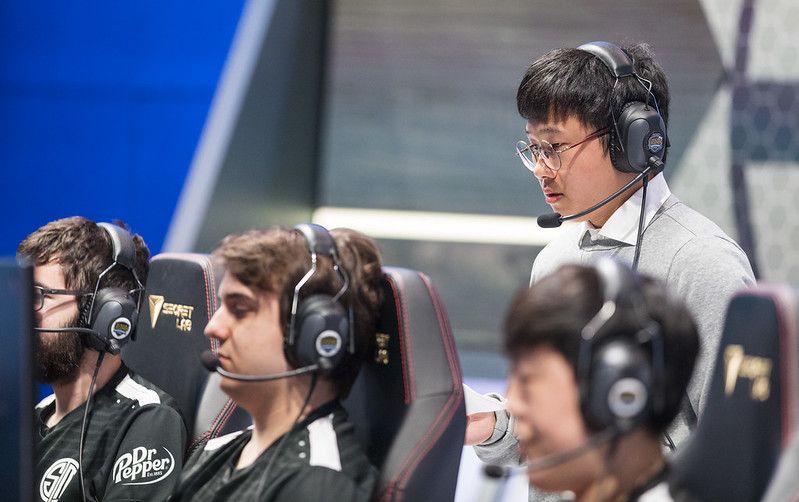 North American esports organisation Team SoloMid (TSM) fired its League of Legends coach and head of player development, Zhang ‘Peter Zhang’ Yi, on March 18. Yi had been with the outfit for over a year and, in his decade-long career in LoL esports, also worked with Team Liquid, Echo Fox, and LMQ.

TSM’s statement on the firing, posted to its various social channels, is as clinical as it gets:

“We were recently made aware of very serious allegations of conflict of interest and unethical practices against League of Legends coach Peter Zhang. After an initial investigation, we have terminated him effective immediately. We are working with external legal counsel to complete a full investigation.”

Over subsequent days, TSM has remained silent but several other parties have not. Most notably, that includes Yiliang ‘DoubleLift’ Peng, who is now retired but widely regarded as the greatest NA LoL player of all time. DoubleLift spent most of his career at TSM before his association with the team ended in November 2021 with a degree of acrimony and public recrimination, so bear in mind that this guy has existing beef with the team. That said, most of his claims are firsthand and absolutely eye-popping.

On a recent Twitch stream, DoubleLift claims Zhang asked him for $70,000 to cover hospital treatment for a relative. “He asked me to loan him $70,000,” says DoubleLift. “He said his grandma had cancer, and she’s dying in the hospital. He needs to pay the hospital bill, which is $70,000, and he doesn’t have the money yet, but he will have the money at the end of the month and then he’ll pay me back.”

Suspicious of the request from someone he didn’t know well, DoubleLift asked other TSM members to see if Zhang had tried something similar.

DoubleLift adds that it occurred to him that China has a public health care system—nothing added up. The player goes on to make further unsubstantiated claims about Zhang’s habits, but the allegation that Zhang directly asked DoubleLift (who had a lucrative career) for $70,000 is surprising on its own.

Initial speculation about Zhang’s departure had focused on match-fixing and gambling (a persistent problem for competitive LoL), but the League Championship Series commissioner Jacki Felling waded-into into a thread about the firing to write:

Yi himself would later post on the TSM Discord, writing: “I won’t do any post and comment about this news. This has nothing to be done with in-game match-fixing. It’s a very tough lesson for me.”

In addition to Doublelift’s claims, a new report on Dexerto contains allegations that Yi had been using his position to skim off player wages: essentially using his coach position to also play agent, offering prospective talent a roster slot in exchange for a cut of their earnings. This report also backs up what DoubleLift said about Yi asking players for large loans.

Dexerto managed to track down Yi, who is currently in the process of returning to China, and his defense raises more eyebrows. The story now comes to involve Yi making money exchanges from Yuen to dollars, his grandmother’s surgery, and a Mercedes being sold in China on behalf of a former player called SwordArT—which Yi had kept the money from.

“I recognize that keeping the money [from the sold car] was wrong but I was working towards paying that debt and paid half before I was fired,” says Yi. “My grandmother’s bill was due at the end of this month and so I wasn’t able to pay both debts. I was having a very hard financial time but I will pay back every penny to SwordArT. The other claims against my person are not true. It is common in China for friends and colleagues to loan each other money. I have learned a hard lesson about the cultural differences in America. I will work with Riot in any investigation and have evidence necessary to prove my innocence.”

TSM refuses to comment further beyond its initial statement, which is not a surprise when external legal counsel is suddenly involved.

There’s more chatter about Zhang on DoubleLift’s stream and whatever he may have been up to, but the former pro summed up his perspective most succinctly when he said: “This is Sky Williams levels of ‘never let this person borrow money,’ because you’re just giving them a donation.”