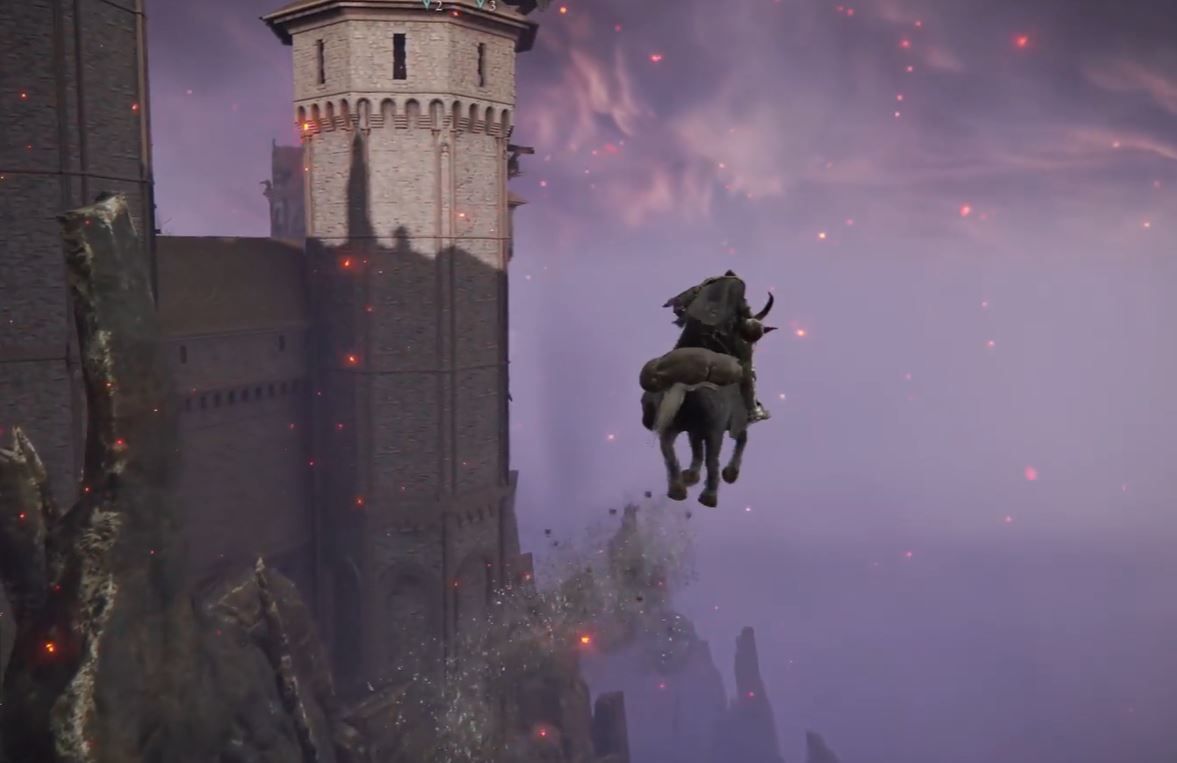 Elden Ring speedrunners were forced to scramble for a new strategy when the game’s 1.03 patch hit last week. That update heavily nerfed various speedrunning crutches used by record holder Distortion2, which has naturally led to a scramble to find better ways to break the game. Elden Ring players may already have found an answer: make the horse fly.

It’s hard to track exactly who discovered the glitch first, but the earliest video dates to March 17. It works like this: In certain areas of the map, you need to dismount Torrent immediately before letting it plunge to its death. Then, when you spawn the horse in again, it’ll be able to run across the sky, pegasus-like.

That makes it sound easy. It’s apparently a pretty difficult glitch to pull off, and can only be done in specific areas of the map. The afore-linked video shows a “launch point” outside Volcano Manor, but it’s also achievable in Mountaintop of Giants. Distortion2 has been pulling it off on Capital Outskirts.

On Distortion2’s Twitch stream, a lot of experimentation is happening, but it’s as yet unclear if the flying horse glitch will offer any tangible benefits to speedrunners (not to mention the fact that this will likely be patched once FromSoftware notices). It’s possible to gallop beneath most of the Leyndell Royal Capital, but emerging safely back onto the map appears to be the next obstacle to overcome. “At this point I don’t know if doing this will be faster than just going through this place normally,” Distortion2 said on stream.

The glitch also provides access to some interiors using Torrent, though how this will be useful, again, has yet to be established. Whatever the case, it might not be long before the old sub-30 minute Elden Ring speedrun can be matched in the new 1.03 version of the game.