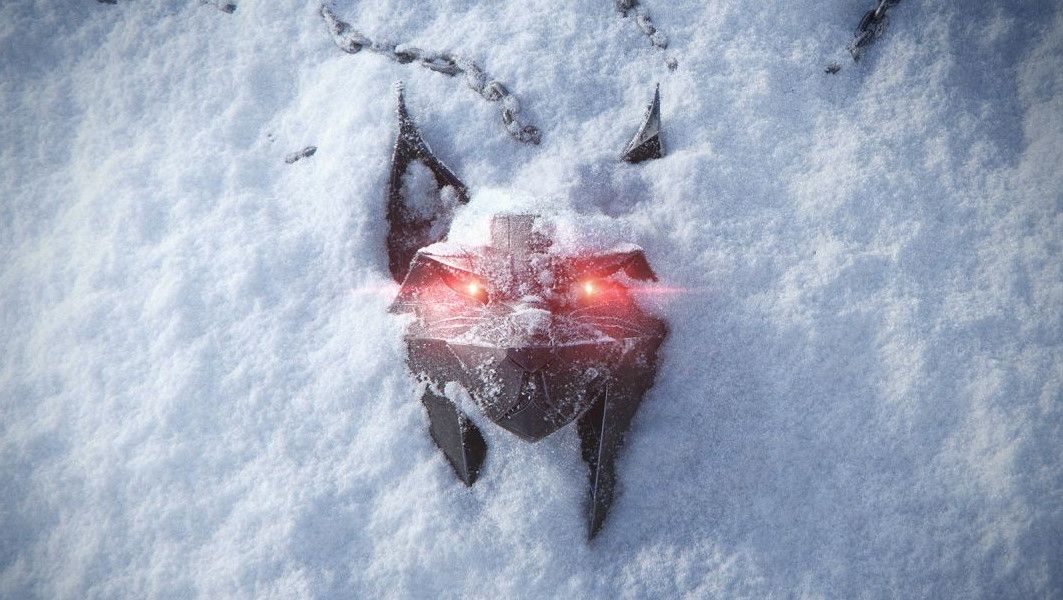 CD Projekt dropped yesterday’s big videogame news in the form of a confirmation that The Witcher 4 (that’s not the official title, but we’re sticking with it for now) is in development. Details were effectively non-existent—the primary focus of the announcement, in fact, was CD Projekt’s partnership deal with Epic Games—but the attached image was very interesting: A Witcher medallion, half buried in snow.

This led to immediate speculation about the new game. The medallion is not of the Wolf School, which pretty clearly indicates that Geralt will not be the main character in the new game. But what school it does come from is less clear. My first impression was School of the Cat: It’s a very feline face, and Ciri famously carries a Cat School medallion in The Witcher 3: Wild Hunt. She’s also directly connected to the White Frost, a major Witcher 3 plot point that I won’t spoil, but you can read about it here if you like.

But then others pointed out that the medallion looks more like that of the Lynx School, a new school established after the events of The Witcher 3 by members of the School of the Cat and Geralt’s hothead pal Lambert. A distinctly post-Witcher 3 setting would be a good fit for a follow-up game, and the the ears in the teaser image are definitely more pronounced than those of the standard Cat medallion. The only problem: The Lynx School is fanfic, and has no basis in either the Witcher novels or videogames.

That made the Lynx proposition seem almost completely out of the question—until CD Projekt Red global community director Marcin Momot tweeted this:

“This,” in case you can’t see it for some reason, is an image of actor and comedian Kenan Thompson nodding with enthusiasm in response to someone stating, “Looks like a lynx.”

And now I don’t know what to believe. Is Momot, who is in a position to know what’s going on, confirming that the new game will follow the Lynx School storyline? Or is he merely acknowledging that the medallion does look like a lynx? Has CD Projekt adapted the Lynx medallion design for the Cat School to more clearly differentiate it from the Wolf? Or is this maybe just the first of multiple medallion designs we’re going to see in the leadup to the proper Witcher 4 reveal—whenever that happens—to remind everyone that the world of the Witchers is very big and has a lot going on?

I wouldn’t put too much stock in Momot’s tweet as a bedrock foundation for the next Witcher game—he’s not going to just tweet it out, right?—but at the same time, the basic facts of the matter are impossible to ignore: Someone said “Lynx School,” and CD Projekt Red’s top community rep said “yes.”

I’ve reached out to Momot for comment on the tweet, and one of the Lynx School co-creators to ask if they’ve had any contact with CD Projekt about the new game, and will update if I receive a reply from either.